As an avid spectator (and participant) of online shopping trends and new technologies, I especially enjoyed watching the 2017 battle for market share unfold, as each of the top retailers took to voice commerce. This year, we commissioned six researchers based in different states throughout the U.S. (which included different time zones, weather patterns, (taxes!) and more), and asked them to conduct analysis within this emerging market. Each were tasked with testing the Echo Dot (Alexa-enabled) against the Google Home Mini for use in holiday shopping twice a day starting the week before Thanksgiving on Nov. 16 through Nov. 28, the Tuesday following Cyber Monday.

Our researchers began by first asking “Alexa” via the Echo Dot what the Alexa deals of the day were and then asked Google (who did not offer a deal of the day equivalent) to order that same product. This was in an effort to determine what prices were offered per device and which retailer also offered the same product. This process was conducted across six products daily on each device. (We also asked for Best Buy deals which I’ll address later in this post.)

What we learned is that it’s still early days for voice commerce, but the technology is quickly gaining steam. Both Amazon and Google were highly focused on building this momentum by offering deep discounts on voice-enabled products, betting on the fact that once these technologies are in everyone’s home, their use will become second nature, just like the high-tech products that came before them (TV, microwaves, computers, etc.).

Amazon’s strategy with voice was both interesting and at times, uneventful. Other than Alexa-enabled products (including light bulbs, the Echo Dot, etc.), the retail giant kept the voice channel as one purely focused on products of household convenience. In turn, deals of the day were focused less on items often-considered to be gifts in nature (think luxury and fun items) and more on household needs. For instance, typically products were offered at low prices that would ensure pet owners would fill the dog bowl before taking off on Thankgiving vacation or that holiday hosts were stocked up on toilet paper, paper towels, parchment paper, and toothpaste for prospective guests.

Best Buy took a different tack. Partnering with Amazon, just in time for the holidays, the electronics retailer offered savvy shoppers a new method to become aware daily of the store’s holiday shopping deals. The store offered deep discounts on products that ranged from vacuums to laptops to meat slicers, razors and crock pots. It was very rare to catch a product promoted more than once in the timeframe we conducted our analysis. For those “listening” to Best Buy deals daily, there was a new story, a new offering, on a variety of different electronics. With Amazon, we often saw a mix-up of the same lineup of products for a full week or longer. At times the listing order or the price may have changed but not the product. Perhaps, unexpected, of the retailers we monitored, Best Buy was the one that really stood out and embraced this new shopping channel.

If you’d like to learn more about the insights we uncovered, be sure to download our holiday report.

I don’t know about you, but I’m looking forward to examining this channel further in the coming year. Thanks to sales so far this holiday season, one in every 10 U.S. households now have a voice shopping device in their homes that they are just learning how to use.* I predict there will be a point in the future where we can’t remember what we did before we had the ability to order by voice. Just think back to when you placed your first shopping order via the Internet. Will typing and writing things down be a thing of the past? Time will tell.

*This stat is current at the writing of this blog post but is expected to only increase. 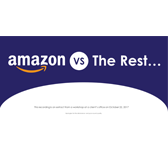 Part I: Amazon vs The Rest 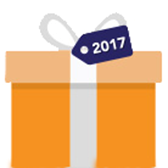 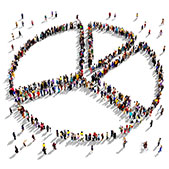