Getting tickets to a baseball game is a lot more complicated than it used to be. In the old days, it was first come, first served. All the “good” games — those on the weekends and against the toughest opponents — would get gobbled up first, and fans who didn’t plan ahead could fight over the remaining games.

Now, it’s more about supply and demand. Recognizing that not all games are equal, many Major League Baseball (MLB) teams are now charging higher prices for the most desirable games.

For the first time in its history, the World Series Champion Boston Red Sox are now charging fans different prices based on the quality of their opponent, the day of the week and even the weather.

Called “Green Monster Dynamic Pricing,” the sales strategy only applies to a limited number of seats on top of Fenway Park’s left field wall. Nicknamed the “Green Monster” because of its color and 37-foot height, the wall is several times taller than most ballpark fences and can alter the outcome of a game by turning would-be home runs into doubles or routine fly outs into hits.

Forbes estimates that Dynamic Pricing will add another $2-$3 million in ticket revenues to the Red Sox coffers in the 2014 season, enough to pay for an extra middle relief pitcher or utility infielder.

Looking at the screenshot below, a few last-minute New York Yankees tickets, released an hour before game time, were fetching only $129 each compared to the next night’s asking price of $275. The same exact seat against the less popular Tampa Bay Rays cost $175.

On Saturday, the price to see last year’s playoff rival, the Detroit Tigers, shoots right back up to $275. (Those “cheap” $50 seats are for standing room, a bargain if you don’t have a fear of heights.)

Perhaps most astonishing is that it’s taken the MLB this long to adjust prices based on the natural ebbs and flows of fan demand. Consumers have long accepted that a hotel room on New Year’s Day or during peak tourist season may cost double the price during a weeknight in the offseason.

Whether you’re selling seats at the ballpark or products at a brick-and-mortar store or e-commerce site, the same principles of Dynamic Pricing apply. To maximize revenues, sometimes you need to raise prices, sometimes you need to lower prices and sometimes you’re better off not making any changes at all. The trick is knowing when you need to do what – and how much of a price increase or price discount will meet your customers’ expectations as being reasonable.

To learn more about the latest pricing strategies and technology, download a complimentary copy of our new ebook, “Pricing Intelligence 2.0: The Essential Guide to Price Intelligence and Dynamic Pricing,” for retailers and brands.

Mihir Kittur is a Co-founder and Chief Innovation Officer at Ugam. He oversees sales, marketing and innovation and works with leading retailers and brands with insights and analytics solutions around their category decisions to improve business performance. 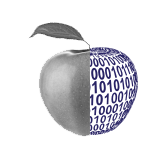 The Folly of Trying to Match Offline and Online Prices 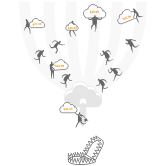 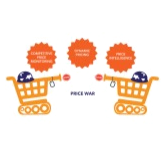