Digital Cameras: How Top Retailers Competed over the 2013 Holiday Season

Despite the increase of smartphones, digital cameras remain a popular holiday purchase. People of all ages enjoy cameras, especially during this time of the year, surrounded by family and friends. Consumers want to shop and retailers want to entice them. However, competition in this category is high and there are many phones without great differentiators. Below outlines how major retailers found niches in pricing, promotions, or assortment in which they could compete.

Assortment
Assortment enables retailers to distinguish themselves from their competition – both in the quantity of their products and the price distribution of their assortment.

Amazon – tops for pure assortment count
Living up to its reputation, Amazon has the largest assortment in digital cameras and maintained this by a wide margin throughout the holiday season. Best Buy has the second largest overall assortment. OfficeMax and Office Depot have the smallest assortments.

Through most of the holiday season, Amazon carried 3.2x the assortment of Best Buy. Retailers generally build up inventory leading into a particular shopping season and then let it decrease as the season continues and winds down. Amazon followed that pattern with a decrease in their assortment heading into the final stages of the shopping season. While inventory started to slowly dwindle at the beginning of December, a notable decrease is seen the week before Christmas, December 18th. Despite decreasing its inventory by 761 products, Amazon still has 2.9x the assortment over both Best Buy and New Egg.

Amazon also has the largest percentage of its inventory on discount, plus a fairly even discount bucket spread.

NewEgg- best in premium camera assortment
Instead of competing with Amazon for the largest assortment, NewEgg focused on premium products. Compared to other major electronic retailers, they had the largest percentage of their inventory focused on high end cameras. This strategy helped NewEgg target the digital camera market not met by smartphones. NewEgg had 35% of their inventory (246 items) with a final price over $500 and 20% (119 items) priced between $376-500. In total, they had 55% of all cameras in a premium range.

As part of their focus on premium cameras, NewEgg did not do a lot of discounting. Their average camera discount, with very little variance throughout the season, was 21%; only Sears and OfficeMax had less discounting than NewEgg.

OfficeMax carves a small niche with premium assortment
OfficeMax had the same approach as NewEgg – focus on premium products to compete against smartphones. OfficeMax is a much smaller player in the digital camera category, with only 22 items in total in their inventory. Although they are a minor retailer in this field, they were the only retailer carrying a larger percentage of premium assortment than NewEgg. OfficeMax has 60% of their inventory (13 products total) priced over $500 (compared to NewEgg’s 35% (246 items).

Pricing
Sears: Overall lowest price
When comparing overall final average prices, Sears had the lowest pricing. $299 was their average final price and 65% of their camera assortment was priced under $250.

Both Sears and BestBuy have maintained this low price position throughout the entire holiday season.

Target & Walmart: Neck in neck in pricing, assortment, & promotions
Target and Walmart seem to be competing primarily with each other. Their assortment is similar both in quantity and pricing. They adjust their assortment at similar times, and have similar promotions.

Both had EDLP strategies with less than 50% of their assortment discounted.

Summary
Retailers found niches in which they have differentiated themselves in the digital camera category this holiday season:

Get insights customized for you and your market. Learn more now

Sudhir is focused on leading Ugam Solutions’ drive towards actionable insight solutions for the retail industry. He comes with a wealth of knowledge of the retail industry, having over 18 years of consulting experience helping leading retailers improve their digital commerce and supply chain performance. Sudhir has previously worked with Accenture and Infosys, where his last role was to establish and lead the multi-channel commerce practice.

Digital Cameras: How Top Retailers Competed over the 2013 Holiday Season 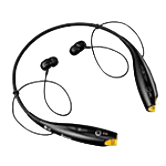 Providing your customers with the products they want 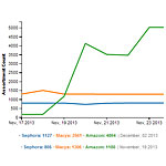 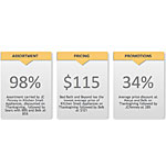 How some retailers competed with Amazon on Black Friday, 2013
×