U.S. retail hit an inflection point in 2016. The evolving digital revolution has created a modern omnichannel shopper that is informed, empowered and on the move. With close to 60% of all sales being influenced by or occurring online – according to Forrester Research – being relevant to today’s shopper means that digital is non-negotiable. Here are three reasons why manufacturers need to embrace and accelerate digital now.

1. Amazon is taking over the world (or the U.S.)
More than half of online consumers in the U.S. now begin their shopping journey on Amazon. If that’s not convincing enough, then consider this: 44% of the U.S. population is now within 20 miles of an Amazon fulfilment center. Needless to say, Amazon’s $100 billion in annual sales and surging growth rate make it too compelling for manufacturers to avoid. But this isn’t an Amazon-only phenomenon. Other retailers, like Walmart, are also making moves to strengthen digital. This means it’s imperative for manufacturers to understand and leverage this channel shift.

3. The competition is already there
Several brands and manufacturers are already embracing and accelerating online, including high-end brands, like Prada who have announced plans to increase sales on digital. Under Armour has also been investing heavily in fitness apps as a way to sell directly to consumers online. And that’s just to name a few. The push to whole-heartedly embrace digital is happening and your competition might already be there or have plans in motion, so don’t fall behind.

Embracing digital is no longer a choice for manufacturers but a vital ingredient in being more relevant to customers.

Some of the content in this article originally appeared in The Future of Customer Engagement and Commerce on January 6, 2017. 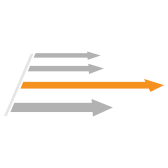 The Future of Indian E-commerce in 2017 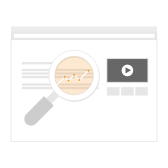 Manufacturers: Is your Product Content on Par with your Retailers? 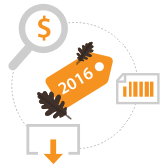